Port congestion is providing unprecedented opportunities for air charter brokers – but an absence of passengers is creating challenges in capacity as shippers gear up for peak season. 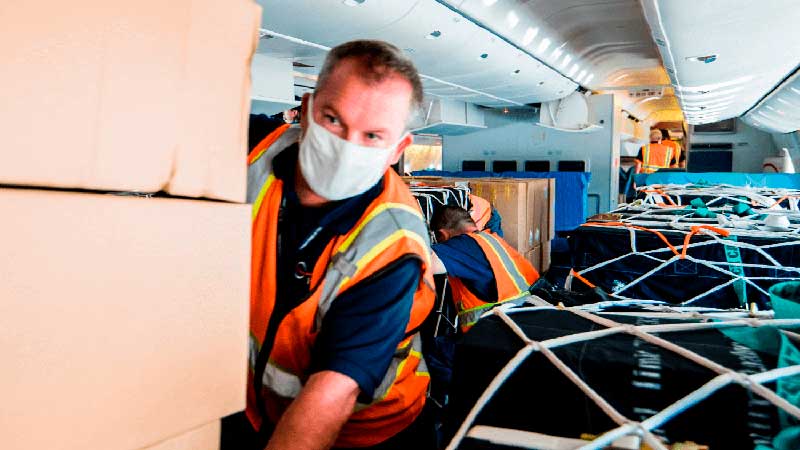 The head of cargo charters at Hunt & Palmer, Jamie Peters, told The Loadstar: “When it comes to moving cargo, forwarders and shippers are facing continuous issues.

“Everything is geared towards Q4 with expectations of a substantial peak period, but it is becoming impossible to locate any large aircraft capacity with less than one or even two weeks’ advance notice; there are extremely limited openings.

“Any that do exist come at a very high premium that most customers are turning down… for now, at least.”

With peak season hurtling into view, forwarders have become increasingly concerned that there “simply is not sufficient cargo capacity”, particularly on already congested key tradelanes, notably Asia-Europe and Asia-North America.

“Carriers operating passenger aircraft as ‘preighters’ have reduced, as they look to return them to passenger services. They were probably hopeful the passenger markets would return swiftly, but it appears that’s not happening as quickly as they might like,” he added.

“And while there are more cargo aircraft operating, most of these quickly received commitments for longer-term capacity.”

One forwarder agreed airlines returning their focus to passenger services was having a negative impact on cargo capacity, but not just in terms of reducing preighter services, but also when it came to flexibility.

“Before, they would fly a preighter once they knew it was sufficiently full to cover the cost,” the forwarder told The Loadstar. “Now that their focus is on scheduled services, we are losing that flexibility and, yes, some of the cargo space lost to passengers is offset by the number of extra flights they are putting on, bringing back that traditional belly space.

“But the problem is that we need extra capacity, and we need it to be nimble as we juggle the various strains in the supply chain.”

For shippers, instability within the market and ever-rising rates is leading to a divide between larger firms and SMEs, with growing concern that, left unchecked, the issue could lead to many smaller companies failing.

Mr Peters noted that while the deeper pockets of larger companies undoubtedly offered some form of protection, a correction was urgently needed.

“My belief is that the larger retailers will certainly have some advantages over smaller ones as they probably can absorb things better, but everyone would have their limits somewhere,” he added.

“I don’t think it is sustainable long term to keep paying extremely high premiums without passing those costs on to the end user, or your bottom line ultimately takes the hit.”

However, he challenged suggestions made by forwarders that, without a fix, the present situation would collapse global supply chains when China’s Golden Week kicks off in October, further reducing available staff levels for the already-struggling Chinese gateways.

Mr Peters said: “I’m not sure there would be a collapse, but certainly this will lead to further strains on those lanes already struggling from a shortage of supply.”

But the forwarder noted that, until last week, a broker could collect “around $1.5m” for a US-bound freighter out of Bangladesh, while Europe-bound flights would only get $750,000.

“It was an easy choice; you’d take the US demand wouldn’t you, but all this did was force rates to Europe up,” the forwarder told The Loadstar. “Now, we are finding we have to fork out $1m for a freighter from Bangladesh to Europe – and forget two weeks, we are lucky if we get one in three weeks. I’d even suggest that you’re looking at four weeks to get hold of that aircraft.”

Further compounding the complexities is the renewal of more restrictive Covid procedures in Dhaka, Hanoi and Shanghai, which is resulting in a shortage of airport labour.

And the forwarder said even if they were able to source an aircraft, “there’s no guarantee” it would get handled if it was going into the aforementioned gateways, as well as some of the smaller Chinese airports.

“Ramp handling, ground handling, warehouse staff are all facing quarantine, and this means the aircraft lands with no one there to load or unload it,” the forwarder added.

“So, we’re paying for a flight, and paying the ridiculous premiums because of surging demand, and then it’s not even being handled. It’s flying back empty and the operator is not covering that. So, unless more capacity is injected and rates come down, there’ll be a crunch.”