Air cargo industry sources have played down the impact on capacity resulting from the end of cargo-in-cabin easements on 31 July. 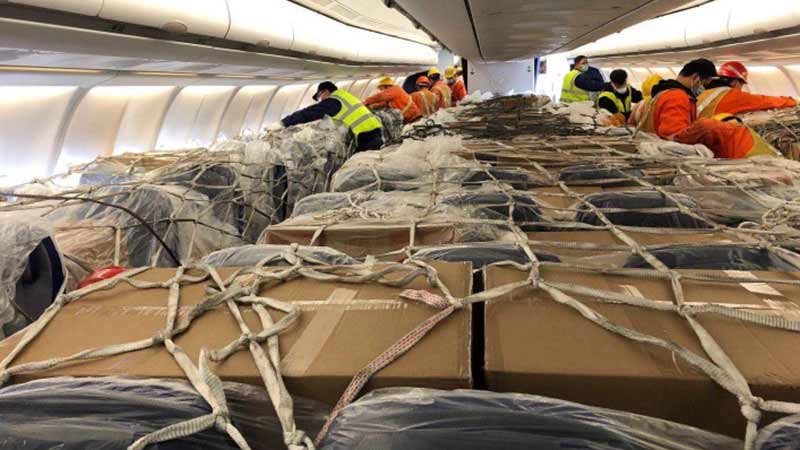 Allowing cargo to be flown in passenger cabins was an exceptional measure introduced by the European Aviation Safety Agency (EASA) during the Covid pandemic.

Meanwhile, although the market is in a bit of a summer lull, it is expecting a peak season  – although it won’t be as strong as those of the past couple of years.

James Cristofoli, cargo director at the London office of air broker Air Charter Service, said: “Cargo-in-cabin capacity had a very limited scope – the freight had to be small packages that could load via a passenger door and could not be dangerous goods.”

Jason Wilson, head of airfreight, Asia, at Denmark-based forwarder Scan Global Logistics said passenger-to freighter-conversions (P2F) had supported the market, notably to accommodate increased PPE commodities. However, they had been phased-out as airlines recalled aircraft to service the return of passenger demand.

He added: “We don’t anticipate the suspension of cargo-in-cabin easements having a material impact on the current environment.”

Mr Cristofoli noted that, with the gradual reintroduction of more and more scheduled passenger flights, the ‘lost’ capacity had been effectively replaced.

“It is also important to remember that cargo can still be carried in the cabin on some routes, and airlines will be attempting to deploy their ‘preighters’ on these routes.”

Pierre van Der Stichele, VP global freigh at broker Air Partner, said that, even in taking into account the end of cargo-in-cabin, there was a certain “balance” at the moment in terms of freighter availability, but rates remained high.

Moreover, the market has been affected by high fuel prices, which have raised inflation and reduced consumer spending – a consequence of the crisis in Ukraine.

“However, based on industry conversations we’ve had, the market is quite optimistic about the peak season,” Mr van Der Stichele said. “And most people I’ve spoken to believe it will be better than the pre-pandemic peak season. But we need to be mindful of potential weakness in Q1 23.”

Mr Cristofoli added: “This dip in demand, coupled with the re-introduction of passenger services that can carry lower-deck freight, means there is a good amount of capacity in the market at the moment, and the loss of the in-cabin capacity has not resulted in any major bottlenecks. If the air cargo market follows its traditional pattern we can expect a rise in demand from late-September onwards.

“It will be at this point that the market might start to miss ‘cargo-in the-cabin’, but it will be dependent on how much demand increases.”

The general market has softened in recent weeks on certain tradelanes with additional capacity introduced, although overall pricing remains elevated on pre-Covid levels, according to SGL’s Mr Wilson. He said: “Any reduction in rates is likely to be impacted by additional costs incurred on the ground with congestion and staffing issues at handling agents, trucking, and (cargo) screening facilities.”

“The situation is stretched further in Europe, with airports such as London, Amsterdam and Frankfurt requesting airlines restrict flights, while some carriers struggle to get their entire fleet in the air due to staffing shortages,” added Mr Wilson.