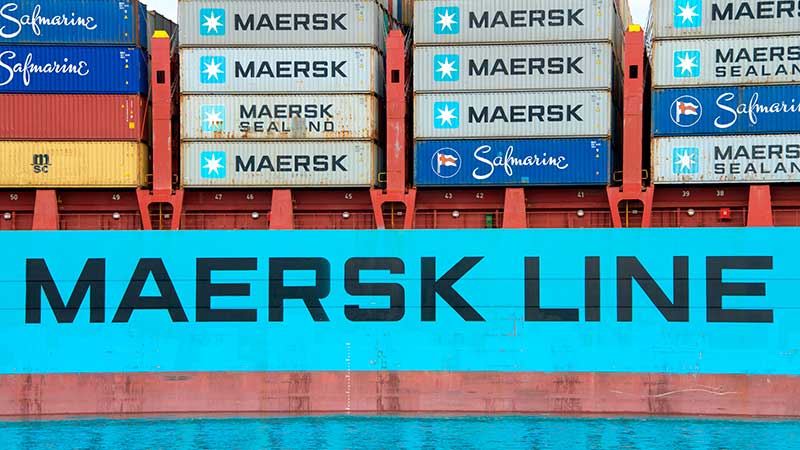 The carrier said on Tuesday it estimated a loss of capacity across its network of up to 30% “over multiple weeks”, in addition to equipment shortages in Asia.

One UK forwarder The Loadstar spoke to today said although he appreciated the difficulties for Maersk, he was “shocked” it had decided not to honour its short-term contracts.

“Spot is one thing, but we had a price and a volume agreed with Maersk for three months, which they are now apparently ripping up. We expected to be rolled, but not have our contracted bookings refused,” he said.

Maersk makes no secret that it sees its future in increasing its share of the stable long-term contract business, compared to the extreme volatility of the spot market.

Indeed, chief executive Soren Skou advised, during Maersk’s 2020 earnings call in February, that around 40% of its annual contracts had been renewed with “significant increases” obtained.

Maersk achieved a full-year profit of $2.9bn from an average freight rate of $1,000 per teu – new contract rates will have been set at substantially more.

Prior to the Suez Canal disruption, some Asia-Europe shippers were reluctant to agree longer-term deals with carriers, having seen prices for North Europe decline some 12% from their February peak.

According to the latest reading from the Freightos Baltic Index (FBX) rates to North Europe have fallen by 1% since last week, to $7,423 per 40ft, but that still represents a circa 400% increase on 12 months ago.

Maersk’s booking stop on its spot and short-term contracts will force shippers into the arms of carriers that have less commitment to annual contracts and will likely be able to command higher spot rates.

“They might choose different ways on how to manage their booking intake – but will face the same types of constraints,” said Lars Jensen, of SeaIntelligence.

He suggested some carriers would choose to accept bookings and “subsequently apologise for having to roll the cargo for a week or two”.

Freightos research lead Judah Levine said: “The reduction in capacity and the resulting shortage of containers back in Asian origin ports could put renewed pressure on ocean rates.”

And Forto, the Berlin-headquartered digital supply chain platform said that, prior to Suez, it had been “assumed that the enormous increase in freight rates due to the pandemic would slowly calm down in Q2.

“Now a further increase is to be expected, which will certainly continue until Q3,” it said.

Meanwhile, only around a third of Asia-US east coast volumes transit the Suez Canal, thus the impact on the transpacific tradelane will be much less than for Asia-Europe, however there will be an indirect impact from the snarl-up of equipment.

Demand remains very strong with the port of Los Angeles’ Signal data port forecaster predicting year-on-year volume increases of 56% and 47% for the next two weeks.