Evergreen has followed its fellow Taiwanese carriers, Yang Ming and Wan Hai, in beginning to renegotiate contract terms with shippers. 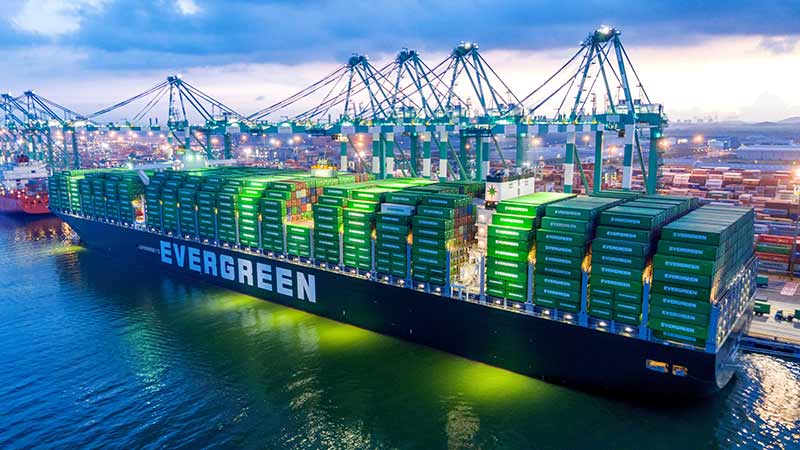 The carrier’s general manager, Eric Hsieh, said today: “We need to reduce the spread between the contract and the spot market.

“Currently, individual cases are discussed according to the different agreed freight rates and the customer’s needs.”

And he said he blamed the easing of transport bottlenecks and the rising cost of living around the world for the fall in container freight rates.

He said: “Inflation is the biggest reason for the freefall of freight rates.”

And Mr Hsieh believed the relaxation of Covid-19 restrictions had contributed to the speeding up of vessel clearance in ports.

He said: “There has been much attention on port congestion tying up much of the in-service tonnage in the past two years. This year, the third quarter wasn’t strong and, along with the let-up in logistical bottlenecks, the peak season disappointed.”

He added: “Everyone is overly worried about the increase in newbuilding deliveries next year, but the growth in slot capacity isn’t as much as people imagine.

“Some volumes that used to head to the US west coast have diverted to the east coast, and ports on both sides remain congested, but the hold-ups are less severe. Some European ports, like Hamburg, remain congested, and whether these ports can resume normal operations depends on liner on-time performance.”

And he noted that he thought while capacity would grow 8.2% next year and port congestion could release 5%-7% of existing tonnage, new environmental regulations would call for the comeback of slow-steaming.

He said: “It could reduce capacity by 10%. The expected newbuildings won’t be delivered all at once, so the capacity growth won’t be as serious as everyone imagines. So, while I’m conservative on the market in 2023, I’m not pessimistic.”