DP World has denied its customs clearance fee is an effort to recoup costs of scrapping import facilities, as SMEs claim they are being disproportionately forced to bear this burden. 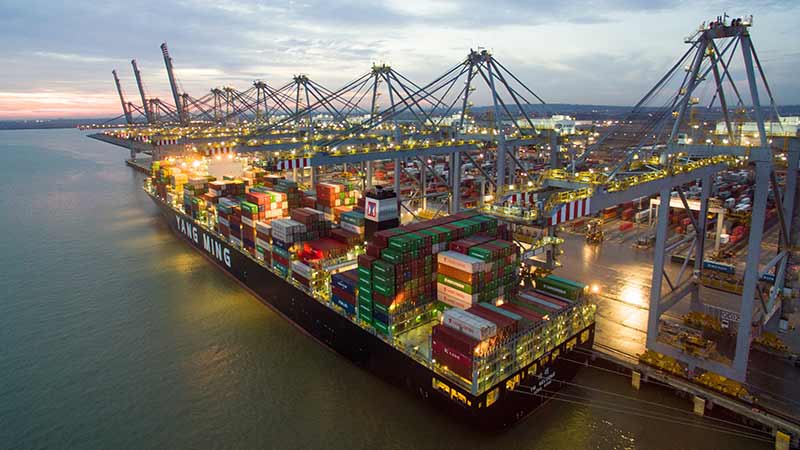 Sources say the charges, made public last month, are a response from port operators looking to recoup “millions of pounds” ploughed into preparing phytosanitary facilities, the need for which was removed after a government u-turn and the abandoning of new Brexit checks.

This position, however, has been challenged by DP World, with a spokesperson telling The Loadstar: “The import customs examination fee was introduced over 20 years ago.

“It is standard market practice across UK ports and has nothing to do with Brexit. It is a decision for importers whether single containers come with multiple customs entries or single entries each, comprised of multiple containers.”

Sources said the comments betrayed “ignorance”, with importers unable to “pick one or multiple declarations” as this depended on the number of consignors and consignees.

According to fee schedules seen by The Loadstar from Destin8, the port community system for London Container Terminal, Greenock, Seaforth and Teesport, shippers will pay £25 to £45 for a customs examination charge per entry.

And fee schedules from CNS, which serves DP World London and Southampton, noted it would be imposing fees of £18.74 per entry alongside the removal fees.

A customs broker told The Loadstar: “In the case that started this for us, the company’s port fee bill jumped £6,000 a month, or £72,000 a year, and this against the prospect of extremely unlikely inspections by Border Force.

“You could get one a year, or possibly two if you were unlucky, but the actual cost of having a container inspected would be measured in hundreds not thousands of pounds.”

Compounding SME importers’ anger is that those with the capacity to import higher volumes are paying substantially less, as one container would comprise a single consignment, meaning just one clearance fee and one transaction fee of £2.40, the price an SME would pay per entry.

The broker said while every importer paid, they did not pay “fairly”, leaving those with more consignments per container seeing their profit margins shrink exponentially.

They added: “Small importers are getting hammered for no good reason other than ports have determined to raise money this way. But if ports were honest, they’d say we have to cover our costs and we will charge a standard fee per container; maybe it can’t work that way.”