Peanut imports to Mexico will grow for two years: USDA 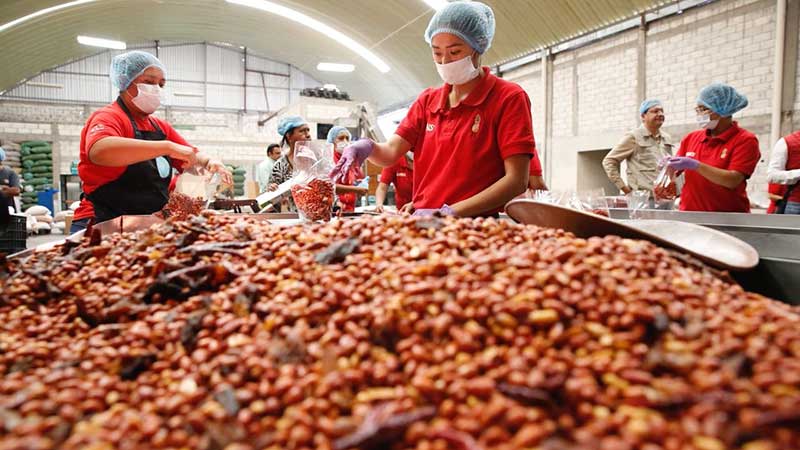 Peanut imports to Mexico will grow in the 2020-2021 and 2021-2022 cycles (each started in September), the United States Department of Agriculture (USDA) projected.

According to private sources, Mexican processors identify the US peanut as a high-quality product and consider it a tastier legume due to its high levels of oleic acid.

The long-standing business relationships that Mexican peanut importers have with US suppliers also benefit US peanut exports.

Mexico exports a small volume of peanuts each year, with the United States being the main export market.

The USDA forecasts that Mexico’s exports will remain unchanged at 24,000 tons in the 2021/2022 season, due to lower domestic production.

The United States continues to be Mexico’s largest peanut supplier and is expected to continue to be so for the foreseeable future.

In addition to the United States, Mexico imports peanuts from countries such as Nicaragua, China, and Brazil.

For its part, China is the largest supplier of shelled peanuts in the Mexican market.

On the other hand, the USDA forecasts that Mexico’s peanut production in the 2021/2022 cycle will be 92,000 tons, a decrease of 10% from the previous business year.

More than anything, this decrease is due to a reduction of 8.5% in the area planted in the states of Chihuahua and San Luis Potosí, according to the planting intentions declared by the farmers provided by SADER.

Farmers in these states are moving productive farmland to relatively more profitable alternative crops, such as corn.

In general, production has been relatively stable in recent years, with few factors encouraging significant changes in planting trends.

Given its geographic and climatic diversity, Mexico has very favorable lands for growing peanuts.

Peanuts are grown in 26 of Mexico’s 32 states, although it is estimated that eight states will produce approximately 85% of total Mexican peanut production in 2021.

In addition, farmers in the states of Chihuahua, Sinaloa, and Chiapas dominate production, as they take advantage of farmers’ unions and state government programs.