Companies expected to be able to lobby for exemptions from import duties on Chinese goods, although criteria yet to be revealed, US Trade Representative Katherine Tai sets out the Biden administration’s approach to trade with China 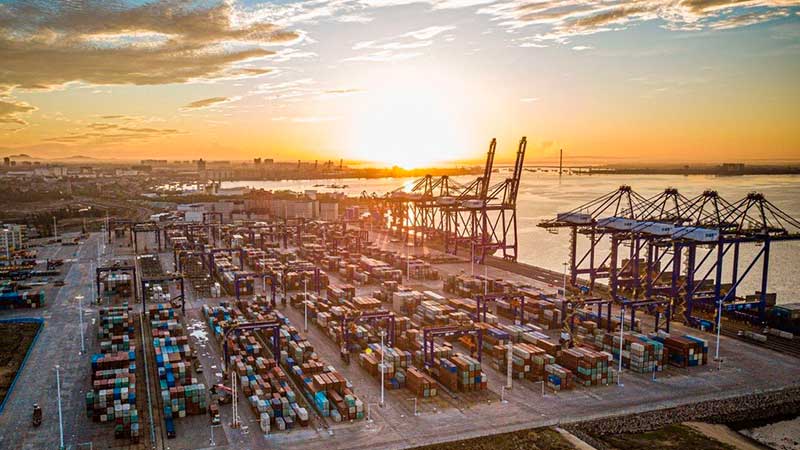 The United States will begin a process to exempt certain products from tariffs on Chinese imports, US Trade Representative Katherine Tai said on Monday in a speech outlining Washington’s vision for trade ties with China.

The move comes as President Joe Biden’s administration both stresses that it does not seek to escalate trade tensions with Beijing and acknowledges that it may never force China to effect meaningful reform in its economic practices.

The phase-one trade deal that then-president Donald Trump and Chinese Vice Premier Liu He signed in January 2020 “did not meaningfully address the fundamental concerns that we have with China’s trade practices and their harmful impacts on the US economy”, Tai said in her address at the Washington-based Centre for Strategic and International Studies.

“Even with the phase-one agreement in place, China’s government continues to pour billions of dollars into targeted industries and continues to shape its economy to the will of the state – hurting the interests of workers here in the US and around the world,” she said.

Tai cited steel and solar panels as examples of industries that the Chinese government has supported in ways that undercut US manufacturing, asserting that this assistance was responsible for a 40 per cent drop in US steel jobs.

She said that Beijing’s goal of “establishing a world-leading semiconductor industry” was just as threatening to US chip manufacturers.

Tai, whose appointment won rare unanimous approval by the Senate, will hold her first talks with her Chinese counterpart, Vice-Premier Liu He, in the “coming days”, a senior administration official said in a Sunday call with reporters.

But while the Biden administration has repeatedly stressed the importance of direct diplomacy, senior officials acknowledged that China is unlikely to agree to fundamental changes to its economic practices.

“If China were to change, we would welcome that, but we do not expect them to,” the official said.

A second official said that, faced with a Chinese government committing further to an “authoritarian state-centric approach”, the primary US focus would be to strengthen American competitiveness, diversify markets, bolster ties with allies and to limit “the harm of Beijing’s harmful practices”.

Tai’s talks with Liu would focus on the status of the phase-one trade deal, which is due to expire at the end of this year, the first official said. Beijing had failed to meet some commitments in the deal, which allows the US to unilaterally reimpose tariffs in cases of non-compliance, the official added.

The deal committed China to buy an additional US$200 billion worth of goods and services over the two-year period following the agreement.
According to a report released last week by the Peterson Institute for International Economics, China’s purchases of US goods from January to August reached only 69 per cent of the year-to-date target based on Chinese import data, and 62 per cent of the target based on US export data – the same as the figures released in May.
Officials dodged questions on Sunday about whether the administration would impose further tariffs, saying only that all tools remained “on the table”.

Asserting that “China’s plans do not include meaningful reforms to address the concerns that have been shared by the United States and many other countries”, Tai said that addressing these issues would rely on coordination with allies.

“We need to be prepared to deploy all tools and explore the development of new ones, including through collaboration with other economies and countries, and we must chart a new course to change the trajectory of our bilateral trade dynamic,” she said.

The Biden administration has spent its first few months working through an inter-agency review of its approach to relations with China, including on the trade front. While Biden has

kept in place many of the China policies enacted under Trump, the new administration has sought to distance itself from the unpredictable and unilateral elements of Trump’s foreign policy.

“Our objection to the previous administration’s approach [to trade with China] was that it really did not build on our strengths, whether that was at home or with our partners and allies,” the second administration official said. “Their approach was done in a way that was at times chaotic, including hurting select sectors of the American economy.”

The tariff exclusion process will allow companies to lobby the government to be exempt from the import duties imposed on two-thirds of all Chinese goods during the trade war.

The first official would not elaborate on the criteria against which such appeals would be judged, but said that it was intended to ensure that “trade policies are reinforcing our domestic policies”.

In her talks with Liu, Tai is also expected to raise US concerns about China’s industrial policies – systemic issues that the Biden administration does not believe were adequately addressed under the purchase-focused phase-one deal.